In this section, general information is given about vaginismus. Vaginismus, which is the problem of one out of every 10 women in Turkey, is a common sexual problem manifesting itself with sexual dysfunction or very painful and difficult intercourse due to involuntary contractions in women.

What Is Vaginismus? New Definition

According to the latest vaginismus definition, it is referred as woman’s inability to get a foreign object to her vagina despite her own desire. Besides the penis of her partner, the foreign body also means suppository, tampon, finger and gynecological examinations.

Although it is commonly seen all over the world and especially in policlinics and clinics by gynaecologists, it is described as ‘anxiety disorder’ by psychiatrists.

In 2013, vaginismus and painful sexual intercourse (dyspareunia) problems are included in the same section in ‘genitopelvic pain and penetration disorder’ group according to DSM 5, which is the last classification system of US Psychiatric Association. In other words, vaginismus and dyspareunia were both considered as ‘genitopelvic pain and penetration disorders’. For this reason, it has become an interest area of obstetricians.

Why does sexual intercourse not happen?

The name of the channel in which sexual intercourse and childbirth occur is vagina. Vagina is also a transition area where menstrual blood flows out of the womb. As a definition, vaginismus is the failure of proper sexual intercourse due to woman’s involuntary contraction of pelvis muscles which fill inside the pelvis. The most common of these pelvic muscles is ‘Pubococcygeus (PC)’ muscles.

In most patients with vaginismus, intercourse does not happen in any way. First or a few attempts occur in some of them but it does not continue. In the lesser part, intercourse becomes very difficult and painful.

Vaginismus is a very common sexual health problem encountered especially by gynecologists in many parts of Turkey and around the world. Among all sexual problems, it is the complaint for which patients apply to physicians at most.

Contractions are common in vaginismus patients

In vaginismus patients, contractions are not only observed in the muscles of the vaginal area but also in other parts of the body such as abdomen, waist, back and legs. Partners of severe vaginismus patients witness contractions from toes to the chin muscles. Depending on this widespread body contractions, muscle pain and cramps, called as ‘myalgia’, are experienced the day after intercourse attempts. Frustrations, crying seizures, unhappiness and desperation experienced in each attempt increase the feeling of failure.

Patients who have vaginismus problems should certainly receive professional support. Otherwise, the problem gets harder with each passing day and becomes complicated. Unhappiness increasing by the time reveals as a hidden depression.

The taste of life is decreased, the ignored problem has fairly acquiesced and they have become isolated from social life. In the course of time, evasive answers to the questions like ‘why don’t you make a baby’ increase the desperation and pessimism as much again.Nowadays, vaginismus problem can be resolved permanently in a short time as 3 to 5 days.

Vaginismus symptoms are quite typical for those who suffer from this problem. Foreplay before intercourse is very comfortable and full of pleasure in the early days (this will decrease in time). Most of the time, orgasm and a sense of satisfaction can be experienced with the clitoris stimulation. However, when the male partner attempts to have intercourse after foreplay, woman tightens herself with ‘fear and pain anxiety’, pushes her partner back by closing her legs and prevents the relation by moving her hip upward or sideways. Trembling, sweating, palpitations and thoughts of dying during the intercourse reflect a situation similar to ‘panic attack’.

Protective mechanism of the body and resulting muscle memory

During penetration, vaginal muscles contracts so strong that no foreign body can get inside. Contraction during sexual relation is a reflex self-protection of the body originating from the brain. Vaginal entry is almost like a wall. If the woman is excessively forced by the partner, a real sense of pain starts.

Because of ‘pain memory’ which is formed in pelvic muscles during the time, pain sense starts even without making an attempt for relation. In addition, any kind of painful sexual intervention causes this memory to strengthen.

Although the woman says ‘I want sexual intercourse with my partner, male partner feels himself ‘like hitting on a wall’ after each unsuccessful attempt. Among themselves, they start to think ‘as if this area is closed and very narrow’.

The vagina is an enlarging organ!

Vaginismus patients think that ‘my vagina is very small and narrow, so I cannot have sexual intercourse’ but it is completely wrong. Because vaginal canal is expanding and stretching both transversely and longitudinally like a rubber bellow during sexual intercourse and delivery. A baby weighing 3500-4000 grams, 50-52 cm long and having a head of about 10 cm in diameter can easily get out of this channel during any normal birth.

During the course of time, vaginismus woman feels ‘as if she has lost all the control over her body’. She assumes that the genital area does not belong to her and it is like a separate area than her body. The main objective in vaginismus treatment is to enable the woman to provide pelvic muscle domination during penetration and allow her partner’s penis to enter into the vagina. Thus, muscle memory will be reshaped. 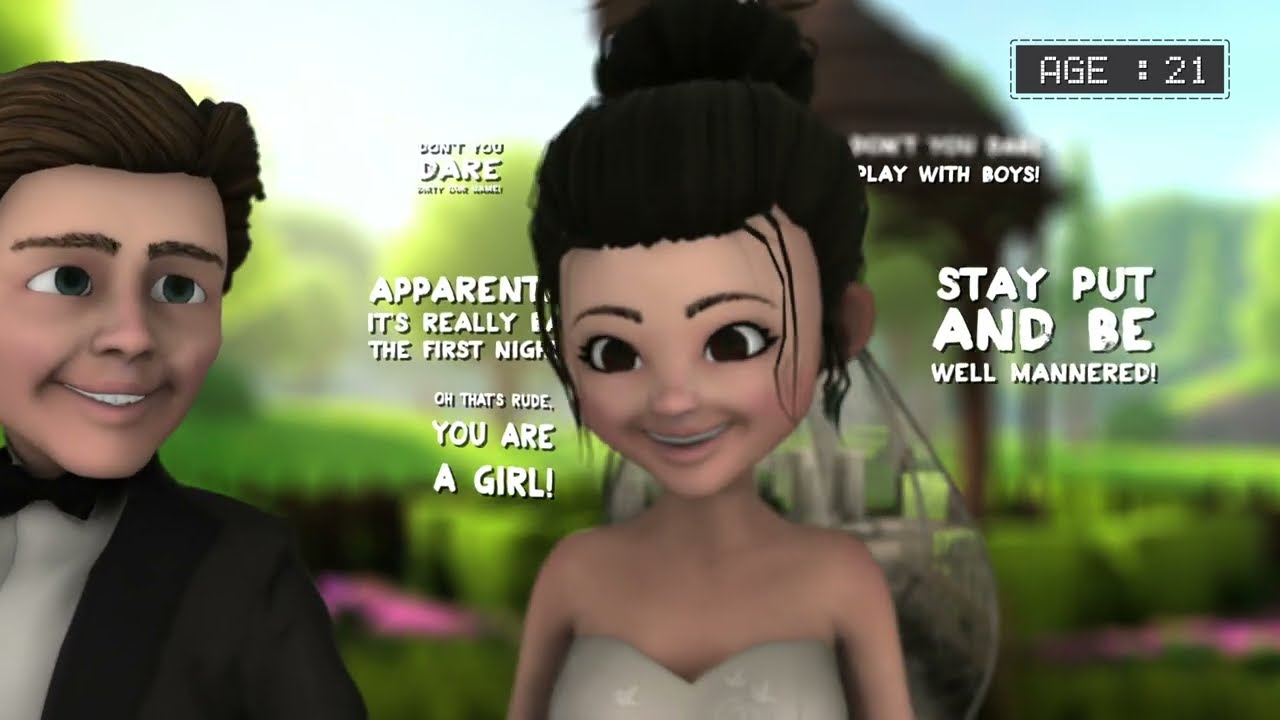 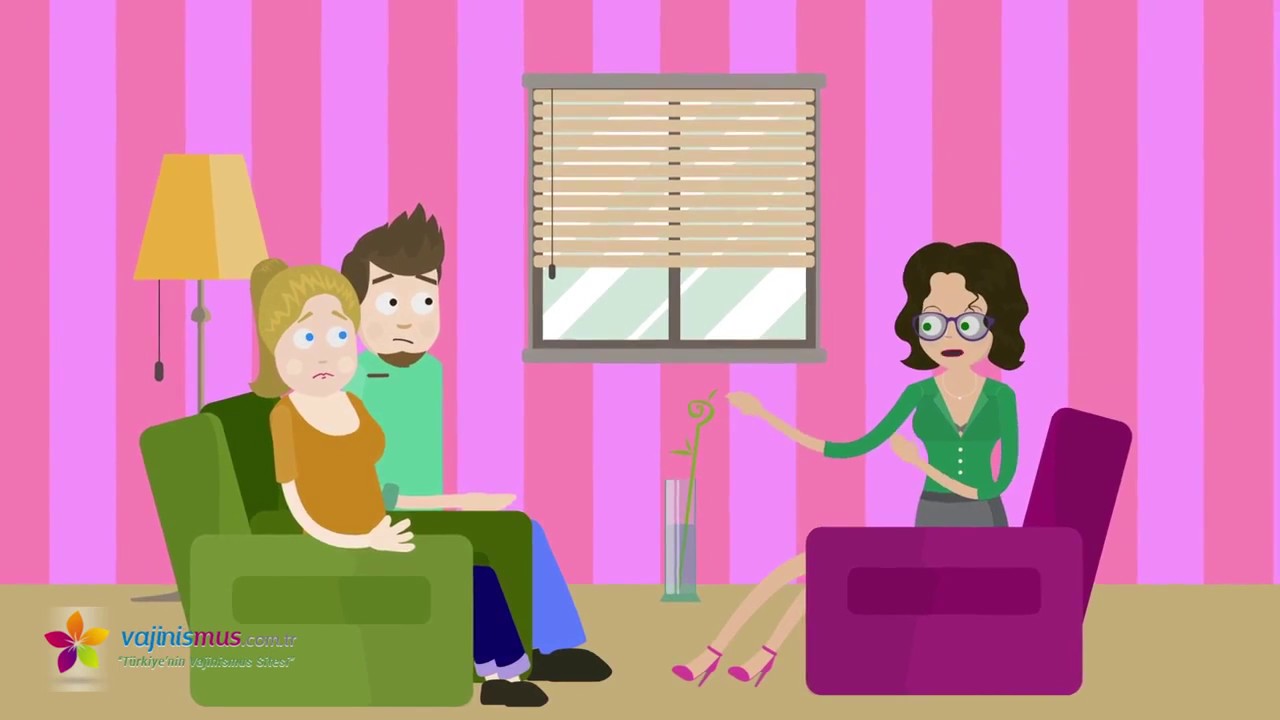